the book of Kings tells us a fascinating story, of a simple Jewish maid taken war prisoner knowing more about the capabilities of the men of G-d in Israel than the King of Israel. The Jig of Israel thought that the message from the general of Aram was a political provocation.

We live today in a world where also sometimes our own Jewish lay leaders, our communal presidents don’t know of the national treasury's we have within our midst and it takes simple people, sometimes the least so called important segment of our community, sometimes the new immigrants or the least prosperous members of our communities to know and discover our spiritual leaders and to repeat to the world the message of the Prophet Elisha “And he shall know that there is a prophet in Israel”.

We live in precarious times, we live in times where the whole European experiment is being questioned by European citizens. Here in Germany also there are new old voices, which seem to forget how this country looked like seventy years ago. It is definitely time for you the spiritual leaders of Germany today to speak out “And the world shall know that there is a prophet in Israel”

We are here to congratulate the three new graduates of the Hildesheimer Rabbinical Seminary in Berlin, who dedicated their lives for the betterment of the Jewish community and the world and I am telling you Rabbi Nosson Kaplan Rabbi Benjamin Kochan and Rabbi Jochanan Gugenheim, go out there, pray and teach, build and heal, strengthen and help and the world shall know that there are prophets in Israel.

Speak to your communities but also speak to the world, (Isaiah 40:9) tell good tidings to Zion, get up on a high mountain; lift up your voice with strength; lift it up, be not afraid; say unto the cities of Judah, Behold, your God!

Or as William Faulkner has said it:

“Never be afraid to raise your voice for honesty and truth and compassion against injustice and lying and greed. If people all over the world...would do this, it would change the earth.” “And the world shall know that there is a prophet in Israel”

Tell the world that there is one little island in the middle east, where there is freedom of thought, Freedom of conscience, Freedom of expression, where human rights are important and where life is holy and it is the land of Israel.

I spoke here three weeks ago at the inauguration of Rabbi Avichai Apel. I said it then and I say it now: The success of any rabbinical career is dependent primarily on the “secret weapon of any rabbi” the rabbanit the rebbetzin. I would like to congratulate the three rebbetzins as well for their limitless commitment and dedication to serve Klall Yisrael. I would like to congratulate Rabbi Spinner and the Hildesheimer Rabbinical Seminary for the “Eshet Chayil” initiative of the education and development of the rebbetzin's. I know that you rebbetzin's are underpaid and not enough recognized for your daily commitment, where Shabbat is a working day maybe the hardest day of the week. We in the CER and also with the Chief Rabbi of the UK are planning to ask our communities to give more recognition and compensation for the tremendous work done by you rebbetzins, and it is only thanks to you that “the world shall know that there is a prophet in Israel”

I would like to express the thanks of the CER to the Zentralrat for their support to the Rabbiner Seminar and thanks the rabbiner seminar for your excellent work for German Jewry.

We are at the onset of the new Jewish year and I would like to wish all present a Good Year a Shana Tova and a Shana Metuka a sweet year. 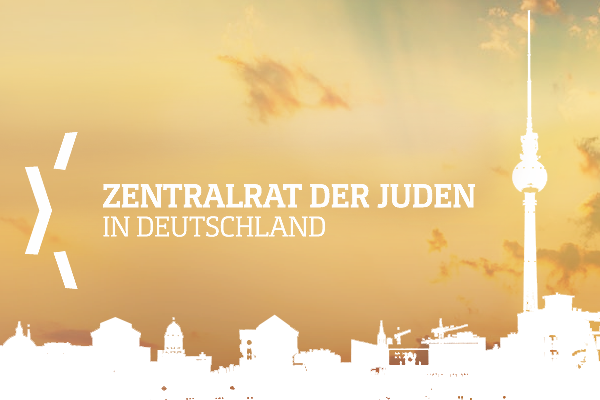